DescriptionReviews Author Bio
John Bunyan's character-building allegory Pilgrim's Progress is a Christian classic, inspiring millions of people for more than 300 years. Now in this full-length dramatized version, you can experience it in a whole new way as 77 actors, sound effects, and music bring it to life like never before!

Travel with Christian on his way to the celestial city as he discovers forgiveness, loses his burden, dons the armor of God, and confronts dangers within and without. A perfect story time resource for family time—or take it with you on long trips. It's 6 hours of listening enjoyment! 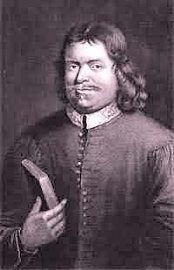 John Bunyan had very little schooling. He followed his father in the tinker's trade, and he served in the parliamentary army from1644 to 1647. Bunyan married in 1649 and lived in Elstow until 1655, when his wife died. He then moved to Bedford, and married again in 1659. John Bunyan was received into the Baptist church in Bedford by immersion in 1653.

In 1655, Bunyan became a deacon and began preaching, with marked success from the start. In 1658 he was indicted for preaching without a license. The authorities were fairly tolerant of him for a while, and he did not suffer imprisonment until November of 1660, when he was taken to the county jail in Silver Street, Bedford, and there confined (with the exception of a few weeks in 1666) for 12 years until January 1672. Bunyan afterward became pastor of the Bedford church. In March of 1675 he was again imprisoned for preaching publicly without a license, this time being held in the Bedford town jail. In just six months this time he was freed, (no doubt the authorities were growing weary of providing Bunyan with free shelter and food) and he was not bothered again by the authorities.

John Bunyan wrote The Pilgrim's Progress in two parts, of which the first appeared at London in 1678,which he had begun during his imprisonment in 1676. The second part appeared in 1684. The earliest edition in which the two parts were combined in one volume came out in 1728. A third part falsely attributed to Bunyan appeared in 1693. The Pilgrim's Progressis the most successful allegory ever written, and like the Bible has been extensively translated into other languages.