The Cross and Its Shadow by Stephen Haskell
Buy Now

DescriptionReviews Author Bio
Eternity can never fathom the depth of love revealed in the cross of Calvary. It was there that the infinite love of Christ and the unbounded selfishness of Satan stood face to face. The entire system of Judaism, with its types and symbols, was a shadow of the cross, extending from Calvary back to the gate of Eden, and contained a compacted prophecy of the gospel.

At the present day the person who comes to the study of the New Testament through the interpreting lights of the types and symbols of the Levitical services, finds a depth and richness in the study that are found in no other way. It is impossible to have exalted views of Christ's atoning work if the New Testament is studied without a previous knowledge of the deep, bloodstained foundations in the Old Testament gospels of Moses and the prophets. 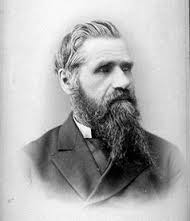 In 1885 Elder Haskell was in charge of the first group of Seventh-day Adventist missionaries who went to open the work in Australia. Together with two other Adventist preachers, John Corliss and Mendel Israel, he helped start the Signs Publishing Company first began as the Echo Publishing Company, in North Fitzroy, a suburb of Melbourne, which by 1889, was the third largest Seventh-day Adventist publishing house in the world. He also founded South Lancaster Academy (now Atlantic Union College) in 1882.

From 1889 to 1890 he traveled to many parts of the world on behalf of Adventist missionary work. His wife died in 1894, and in 1897 he remarried to Hetty Hurd and with her did evangelistic and Bible work in Australia and the United States. He also authored several books including: The Story of Daniel the Prophet, The Story of the Seer of Patmos, and The Cross and Its Shadow. Elder Haskell died in California in 1922.