DescriptionReviews Author Bio
A spiritual crisis is now attacking the church! Take an in-depth, bold look at the parable of the ten virgins to discover how you can be prepared for the coming time of trouble. How can you prepare for this crisis? What is the latter rain? Learn this and more in this crucial book for the last days!

FacebookTwitter
Be the first to review this item
Filter Reviews:
×
Clear filter
More Filters
I
01/06/2015
i .
albany ga

i would purchase this book again

I am enjoying read this book

For me a slow read. I have to go over the material several times before I get it, but I believe the material will help me to prepare for the times ahead and I truly believe it is life changing!

We used this book in our prayer meetings and it helped me understand better the meaning of the ten commandments. I also bought more of this book to give it to others as a tool for witnessing.

A Must Have! Amazing & Powerful!

I got this book in the Paul's Tool Box kit and my husband and I Love it. Very convicting and powerful material. We are ordering more so we can share this great book with many others. It does a great job breaking down the commandments and how they apply to our lives. A Must Have for any Christian Home. 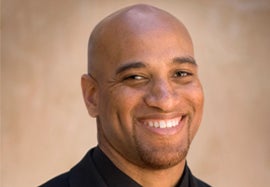 Ivor Myers, a native of Jamaica, immigrated to the U.S. with his family at six years old. After being introduced to the hip-hop culture, he and his younger brother Sean became part of a four-man hip-hop group known as The Boogiemonsters in 1993.

Appearing on programs such as Soul Train and BET and in magazines such as Vibe and Rolling Stones, they knew they were on their way to stardom. However, while recording their first album as part of a $850,000 contract with EMI Records, Ivor and Sean were introduced to the gospel of Jesus Christ. Following eye opening revelations, both Ivor and his younger brother left the music industry. They are now both involved in full-time ministry for Jesus.

Ivor currently lives in Paso Robles, California, with his wife Atonte and their four children, Jaden, Joshua, Jenesis, and Jaliya. He and his family enjoy traveling the United States and abroad. He has a passion for winning souls and studying the gospel message.

Today, Ivor Myers is the speaker and director of Power of the Lamb ministries. He also co-hosts with his wife the 3ABN series “Battles of Faith.”