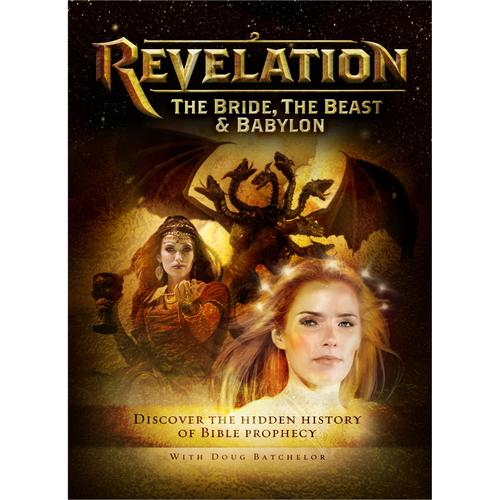 Revelation the bride the beast

We already owned this DVD and bought more to share with friends and c0-workers. This is an awesome video

I think it pointed right on the money on Revelation that I think most people don't understand or don't read the Bible, to get a great picture of the future.

I've given out a few of "The Bride, The Beast & Babylon" videos in the past and wanted more to have on hand when the time is right to share them. They are affordable. The more you purchase, the less the cost per video. This video addresses the times we are currently experiencing in 2022. A good introductory video to prophesy is "The Final Events of Bible Prophecy" video, followed by the "Kingdoms in Time" video, then "The Bride, The Beast & Babylon" video. This is how I've gradually shared Bible prophesy with friends and family.

A Must SEE. Everyone should watch this.

I enjoyed Pastor Doug's message and the vivid depictions. I learned things from the video by listening to all the different experts that came to speak on the video. It increased my hope and belief in the Bible.