In his newest release, Herbert Douglass takes the headlines of today’s newspapers and television news programs, and relates them to Bible prophecies of the end time. He deals with subjects such as:

A Book to READ!

Enjoyed this book. I am still reading the last sections. Wonderfully done.

This book is not what I expected. It is actually better. If you are questioning how America got to her current situation, ex: Occupy Wall Street Riots, extreme debt, housing bubble, financial crashes, culture of entitlements, then this book is for you. It is a short but detailed panoramic view of liberal policies and culture that are weakening America while hastening Christ's return. I must mention that much of the topics that are carried on GBTV are covered in the book, but tied to prophecy. Great read for the open minded as well as those who already study prophecy. Great read also for those who do not pay attention to world events but would like to know where America falls in prophecy. 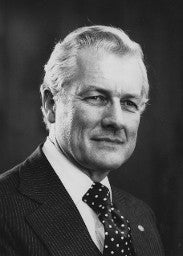 During his 60+ year ministry, Dr. Douglass served as a college theology professor, college president (Atlantic Union College), vice-president of a publishing house, president of a wellness facility (Weimar Institute), vice-president for philanthropy at Adventist Heritage Ministry, and most recently, as consultant for Amazing Facts Ministry. Author of many books and articles, Dr. Douglass earned his doctorate in 1964 at the Pacific School of Religion, Berkeley, California.