With both tenderness and heart-wrenching anguish, author Steve Wohlberg exposes the tragedy of a hidden holocaust—abortion. Despite the fact that the U.S. Supreme Court legalized abortion in 1973, the reality is that no good has come of the use of this procedure. Innumerable women who have elected to have an abortion endure debilitating pain and guilt. Unless these women proactively deal with the shame and remorse, they suffer for the rest of their lives.

Collaborating with two women—one who chose abortion and one who was rescued when her mother chose life—Steve Wohlberg sheds light on the atrocities of death to the unborn and the mind-boggling statistics surrounding abortion. Once that information is presented, he reveals the biblical principles of sin and forgiveness.

As a father joyfully awaiting the birth of his son, Pastor Wohlberg spoke to his child while still in the womb. When the infant was born, he recognized the voice of his father. The heartbreak of abortion silences this joy, and this little booklet was written to show women, and the men who love them, that they can be brought up from the pit of despair to know peace once again. 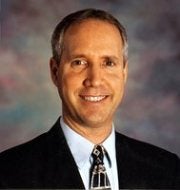 White Horse Media is directed by television producer, radio host, and international seminar speaker Steve Wohlberg. A Jewish Christian from Los Angeles, Mr. Wohlberg has earned a B.A. degree in Theology from La Sierra College (Riverside, CA) and his Masters of Divinity degree from Andrews Seminary (Berrien Springs, MI). A prolific writer and speaker, he has written 30+ books on a variety of Bible topics, has been a guest on over 500 radio and television shows, has been featured in three History Channel documentaries (Secrets of the Seven Seals; Strange Rituals: the Apocalypse; Armageddon Battle Plan), one National Geographic International documentary (Animal Armageddon), and has spoken by special invitation inside the Pentagon and U.S. Senate.