DescriptionReviews Author Bio
Are the Ten Commandments part of the ceremonial law that was nailed to the cross? Does Colossians 2 really say that the commandments are no longer are in effect? This brief but eye-opening book deals with a controversial issue that could be leading many sincere Christians astray!

It helps us to understand the feast days and yearly Sabbaths that some get confused with theGods weekly Sabbath. Joe Crew was an amazing man of God!

Service was top rate as always and always enjoy the experience.

I would buy Amazing Facts again and agai

IT WAS WELL WORTH THE TIME TO READ,

I enjoy getting these from amazing facts. I study them then I give them to a friend at church.

pg 24 'christians are condemned by not keeping the 4th commandment'. How about 'there is now no condemnation to those in Christ'.

Great Book!!! Every pastor should read!!

All pastors should read this so they dont mislead their flocks!! 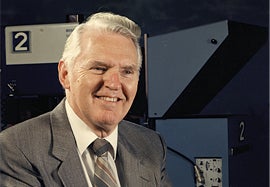 Known for his deep baritone voice and soul-stirring ability to share the quintessential gospel of Christ, Joe Crews was the co-founder of the multifaceted, international ministry of Amazing Facts and its first speaker. Plucked from his pastoral and evangelist role in Louisville, Kentucky, Joe Crews hosted the Amazing Facts radio broadcast, a daily 15-minute Bible program that opened with an interesting scientific or historic fact—a hallmark of Amazing Facts programming still today.

Joe Crews passionate an engaging personality filters through his many books and articles, written for Amazing Facts publishing and for periodicals around the world. He is the author of dozens of topical sharing books, Souls Under Siege, Creeping Compromise, Reaping the Whirlwind, Answers to Difficult Bible Texts, and more.