Drug and alcohol addiction are destroying lives and tearing souls away from God. Help get the struggling addict back on track with this inspiring book that shows how you can get on the ladder to spiritual and physical healing and restoration to become clean again.

Hope and a plan to overcome

Our church ordered this product as a resource since in our outreach we are encountering people who are struggling with addictions. We wanted something to give them that would provide hope that they can overcome with God's help and show them how to move forward in the plan that God has for their life, free of addictions.

This booklet is to the point

I use this in the jails - it is more specific about Jesus as the Great Healer than the 12 Step Program, yet short enough to digest quickly and it doesn't overwhelm the readers. 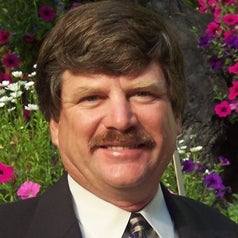 I didn’t use drugs or alcohol during high school and I was very driven in everything I did. I excelled in music, sports, and academics, graduating as valedictorian, class president and earning other numerous awards.

I didn’t go on to college however, but worked as a mechanic and started drinking and smoking with the guys. This became the norm as my conscience was silenced with alcohol. At first it was not a physical addiction. It was more of a routine, a ritual, something I did every afternoon and evening, just like getting up and eating breakfast, even though I felt so bad in the morning I swore I wasn’t going to do it again that afternoon. I loved rock-n-roll music and joined several bands during the early years of abuse. I also got into construction at this time and the combination of rock music and construction allowed me access to an unlimited supply of every drug imaginable, the taking of which I had assured myself I would never do when I was in high school.

Now my new friends were all different than high-school days; impressing them took new talents, such as using cocaine. I fell in love with cocaine at first contact and my life began to revolve around the acquiring and using of this drug. I began to care about nothing but this drug and the alcohol, both of which I had now become dependent upon, all the while maintaining that I wasn’t addicted to anything.

My life began a slow spiral downward. During this period of time I began dealing large quantities of drugs, storing weapons and growing marijuana, all of which became normal everyday life for me. Having guns held to my head or stuck in my face were things that I put up with to get drugs. Drugs came first, before family, girlfriends, and work. My addiction took me down to smoking crank and an involvement with manufacturing it. I was thoroughly convinced that I couldn’t live without drugs, and without an overdose amount in my system I wasn’t “normal”. I lived in a one-room garage and slept on the floor with a beer keg as a fireplace to keep warm. I realized I had tried living life my way for 41 years, 23 of them in alcohol or drug abuse and it hadn’t worked. There was no one left. Even my girlfriend Susan told me not to come around.

In a fog I reflected on my life and somehow without hurting me too much, God showed me what I had done. I cried out to him for help at the top of my lungs and instantly the obsession for using was gone. As I reflect on this time in my life I realize that I was thoroughly beaten. My way hadn’t worked and so God in His mercy allowed me to suffer the consequences of my choices just long enough that I would hear His voice clearly. He told me, “This was it, if I was to use drugs one more day I would die.” It must have been God’s goodness that kept me listening. My life then became a diligent search for the truth.

I realized I needed to surrender to win, to stop fighting everything and simply search for God. He had already helped me to stop using drugs. So I clung to him and the hope that he would fix my life that I had spent all those years of abuse ruining. Susan and I got married shortly after we got clean, and we knew we had to find truth or we would end up back where we were. We understood that God is different than the world for we had been there and seen how the seemingly small choices and compromises can lead you down a road that will eventually have you doing things you swore you never would.

The Lord has been so good to us, He has given us a wonderful church family, a new home, great jobs with great employers, and he has also given me back a relationship with my family that I had unknowingly worked so hard to destroy. There are continually great trials and challenges that come our way but if we continue to rely on God, to claim OK. We tend to associate God’s miracles with a Man that walked this earth 2000 years ago, but believe me—Christ still works miracles today!